Dearest daughter mine and dearest mother mine, Happy belated International Women’s Day! When I think of extraordinary women, there you both are and as I collect images of the women we came from, it seems only right to put each of us right at the center. Maybe I’ll write more about them individually as this Women’s History Month goes on, but first I just want to gather their wonderful faces around us.

Look at these women. Their lives spanned four centuries. They were born on three continents. A few lived their entire lives close to their birthplaces, but most spent much of their lives in faraway new places like you both have. In all three centuries before your move to Hawai’i you had ancestral women uprooting and moving from one continent to another or across the United States. Elizabeth Goldsberry migrated as a child with her parents from North Carolina to western Missouri by wagon before 1850. When she was 45, Maria (Milnes) Mills and her husband James left Derby, England and moved to Virginia with nine children, ages 4 to 23. And Emily (Wright) Oliver joined her father on his Quaker mission work, traveling to Syria in the 1890s, where she stayed to teach at a Friends school, married Daniel, and spent the rest of her life as his partner and support in the Daniel and Emily Oliver Orphanage in Ras el Met’n, Lebanon. I’ve always loved that in a still patriarchal world, Emily was given equal billing in the naming of the school!

There were talented painters on all sides–Katharine Brengle, Alice Stephenson, and Elsie Oliver. Your Quaker grandmothers, Emily Oliver and her mother Mary Ann Wright, were both teachers. Some came from lives of privilege made possible by slavery. Anne Elizabeth (Snowden) Hill and Eleanor (Carroll) Brent both came from wealthy families with many enslaved workers. (Something I’m working to learn more about). Catherine (Nuth) Johnson was President John Quincy Adams’s mother-in-law.

You know well that all families are complicated, and these women’s families were no exceptions. Some endured hardships, wars, losses of parents, husbands, children. There were divorces and health challenges. Some died quite young, but most lived long lives. I think of them as mothers and grandmothers. I picture them with their little people and know there was so much love and laughter. That comes to us from all sides, so keep loving and laughing! You’re both strong and wise, funny and smart, edgy and opinionated, stubborn as can be and full of love. All these mothers and grandmothers, greats and many, many greats shared those traits and must be so proud of you. I know I am.

Like many of us this housebound spring, I’ve been finding it hard to concentrate well enough to blog or even read much. But rummaging through old pictures is a perfect distraction.

My pictures are horribly unorganized (I know! A perfect quarantine project…) but I thought I knew what I had. To my delight, yesterday’s finds included three envelopes of pictures (1915-1980s) given to me years ago by my Aunt Marjorie (Miller) Willbern, my grandmother’s sister and my godmother. And out popped this picture of their sister Nellie M. Miller, which I don’t remember having seen before.

I don’t know much about Aunt Nell. She was the third child of Frank and Stella (Owen) Miller, born in 1908 after her family moved from Marshfield, Missouri to Coffeyville, Kansas and she died in 1920.

I’ve always loved this picture of Stella with her first three daughters, and the one below, taken when Nellie was two and looking very solemn. Nellie was six when my grandmother, Esther Jane Miller was born in 1914, and sadly, she died at age twelve when Grandma was only six. Finding the sweet image of her in hat, coat, and boots pleases me so much–she is not forgotten.

Postscript: My great grandmother Stella’s first daughter, Marjorie, was born in 1901. On August 11, 1923, Stella gave birth to Martha Lee Miller, her fifth daughter, but lost her two days later. Below are the three surviving sisters. 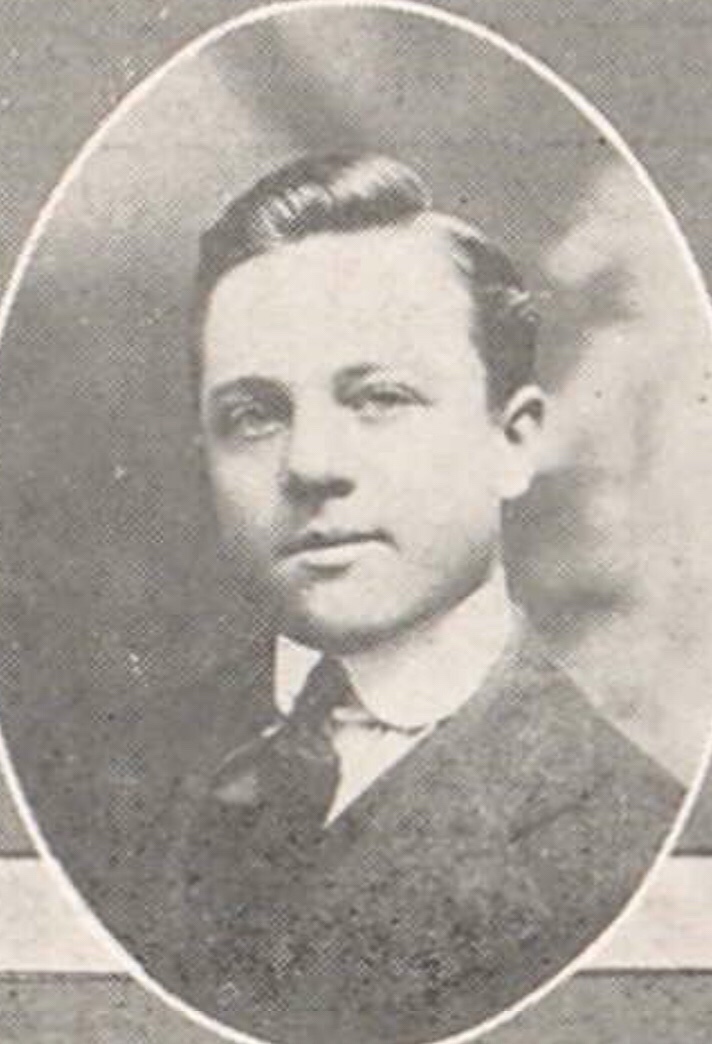 I just found this fabulous yearbook picture of my great uncle Damon Willbern (1900-1985) at age 16 at Llano High School in West Texas. He looks just like the successful Kansas banker I remember in his last decades. He was married to my Aunt Margie (Marjorie Miller), sister of my grandmother, and I adored them both.

One of my favorite memories of Uncle Damon was seeing him sitting in his Cordoba red leather reclining chair in their house in Coffeyville, Kansas, with his favorite Spanish peanuts, holding a fussy baby granddaughter in his lap. In his gravelly voice, he’d tell this tiny baby, “Give ’em hell, honey!”

From the yearbook I learned that Uncle Damon was born in a place called Baby Head, Texas, now a ghost town. For real!