When I visited Baltimore in April, exploring the places where my mother’s family lived, worshiped, studied, and worked, I hadn’t yet discovered the wedding announcement that appeared in the Baltimore Sun on June 1, 1898. What a gem! So today I remember my great grandparents, Mary Carroll Hill and Dr. James J. Mills, married 120 years ago today and return to two of the places I visited last month.

Mary Carroll (Hill) Mills in 1915 at age 40. This picture reminds me so much of her daughter Elsie, my grandmother.

The wedding in the grand Baltimore Cathedral is described in exquisite detail in the article below, so I’ll stick to a few highlights.

Major Nicholas Snowden Hill, father of the bride (my 2nd great grandfather) walked Mary down the aisle. Oddly, there is no mention anywhere of the mother of the bride, Mary (Cocke) (Johnson) Hill.

The large cast of clergy was led by the eminent Cardinal James Gibbons, a close friend of Major Hill. With four priests officiating in red and white vestments embroidered in gold, it must have been quite a spectacle.

I’m loving the detail in this article, with vivid fashion descriptions, down to the orange blossoms fastening the bride’s veil and her bouquet of white sweet peas, a description of the church decorations, and an account of all the music.

Seeing the names of the bridesmaids, ushers, and a long list of guests invited to the wedding breakfast at the bride’s parents’ house got me curious, and I’ve been down the rabbit hole looking up bridesmaids, ushers, and wedding guests. No big surprises, but I found a few entertaining tidbits and a photo of bridesmaid Nanine Brent. Caton Mactavish, the ribbon boy, grew up to become a Baltimore newspaper journalist and close friend of Ogden Nash and H.L. Mencken. 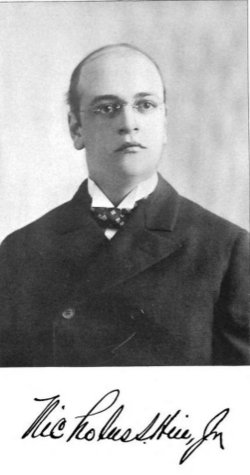 My visit to the Cathedral in April was a thrill. The building, described as America’s first cathedral, is glorious and was beautifully restored not long ago.

Following the wedding ceremony, guests joined the family at Nicholas and Mary Hill’s home just a few blocks away at 813 North Charles Street for a breakfast. I had the thrill of being able to visit this house. The first floor now houses a vintage clothing shop (The Zone), so I popped in and got a look at the parlor, which still retains a bit of original detail.

The newlyweds, James and Mary, returned from their wedding trip and lived here with her parents for the first year of their marriage, which meant that my Granny, Elsie Mills, was probably born in this house.

813 North Charles Street, home of the Hill family and location of the wedding breakfast. 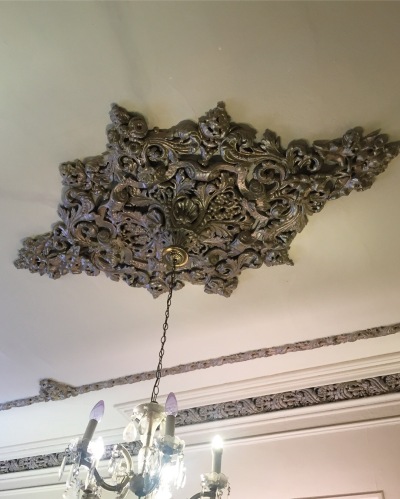 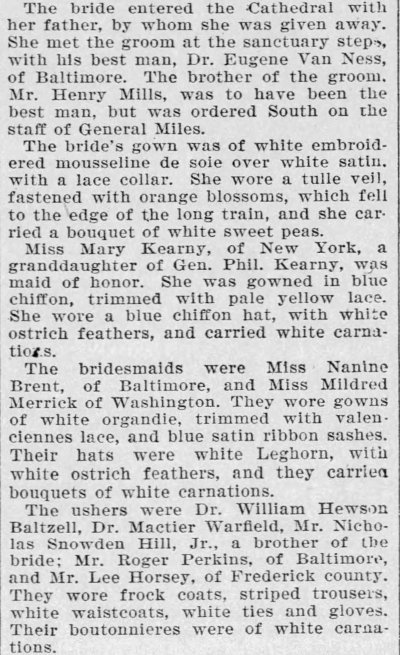 Historic view of the Cathedral and photo of Cardinal Gibbons are from the Library of Congress collections.